5 People Recovering After Shooting At Barbershop

January 17, 2020
5 people, including 3 boys under 18, were shot at a West Garfield Park barbershop in Chicago. The 5 victims are recovering after the shooting that took place Thursday Evening at 6:00 pm. The police haven't found the gunmen yet. 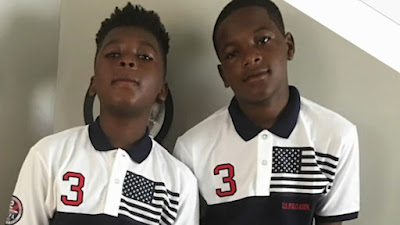 Yesterday in the evening, two people walked out a barbershop in West Garfield Park neighborhood and started shooting the doorway from the outside, wounding 5 people, including kids. Lorenzo Matthews and Michael Smith, 11 years old and 12 years old respectively, were inside the shop in the moment of the attack. Their mother, Cierra Mobley, continues to be in a state of disbelief: "It's the first time at the barbershop and it's somewhere that they really wanted to go. They were only there for like an hour before I got that phone call."

Mobley claimed to ABC News that her younger son, Lorenzo, was hit by 3 bullets. He had surgery later in the night.

An unidentified 16-year-old teenager is also one of the victims. He was shot in the hip and translated to Stroger Hospital. He is now in stable condition, police said. The other 2 victims, aged 30 and 40 respectively, were also taken to the hospital. Their lives are not in danger and they are in stable condition too.


The barbershop is called "Gotcha Faded" and is located in the 200-block of North Pulaski Road. One of its customers, Nicky Triplet, was bewildered after hearing about the attack: "Kids always get their haircuts. Three kids got shot? That's, that's... it's senseless."

So far, little is known regarding the identity of the attackers. Witnesses saw two guys walking into the packed shop, then they walked out and they started pointing their firearms into the doorway of the barbershop and started firing multiple times, police stated.

Rabbi Michael Ben Yosef has also talked to the press about the incident: "It's all of our problems and everyone has to take and be invested to make the change in our community and that community change starts today."


Now, the Chicago Police are poring over video recordings from the barbershop and from surrounding areas, in order to identify the gunmen. The motive behind the shooting remains unknown.