Kaylee Roberts, a 16-year-old girl from Cleveland, Ohio, died on December 31 (New Year's Eve), ten days after being diagnosed with the flu. 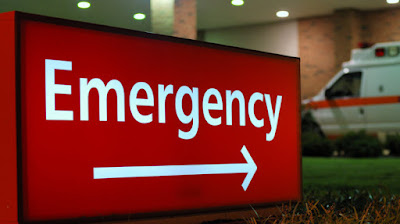 According to relatives, "she was a healthy, happy, normal, intelligent 16-year-old," a model student who sang in the school choir and liked playing Monopoly and Uno with her family. The story that would end in the worst possible way started a few days before Christmas. She started feeling sick and feverish, symptoms that would increase gradually until Christmas Eve when she was taken to the emergency room at a local hospital in Berea, OH.


There, she was diagnosed with the flu. Doctors argued with her parents since Kaylee had not received her flu shot that season. After some tests, doctors prescribed the teenager "Tamiflu," an antiviral medication, commonly used to treat the flu (antibiotics don't get rid of the flu.)

The next morning, she and her family left the hospital to go to her aunt's house to celebrate Christmas. "She was coughing, and she looked sick, but just like normal sick," said her uncle Roberts, who celebrated Christmas with her. "I didn't look at her and imagine that she's near death," he added.


The day after Christmas, Kaylee stayed at home and rested. However, the next day, her state worsened and her parents took her again to the nearest hospital. This time, doctors did a chest X-ray and they weren't able to see anything abnormal.

But two days passed, and Kaylee started having breathing difficulties. Her parents rushed for the 3rd time to the hospital with her. From there, she was transferred by ambulance to Rainbow Babies and Children's Hospital about a half-hour away from Cleveland. Unlike the last time they did an X-ray, doctors saw that both of her lungs had been heavily struck by pneumonia, especially the left one. She then stayed resting at the hospital, with an oxygen cannula in her nose and with IV's in her arm.

At that point, her situation, according to his uncle Roberts, was not critical by any means. In fact, she even uploaded a photo to Snapchat while laying in bed. Her state seemed to improve, so Kaylee's parents told Roberts to go back home as he had been there for the entire day. He didn't know that he would never talk again with his niece.


6 hours later, on December 30, Kaylee's father sent his brother a message that said: "They are intubating her. They're concerned about her breathing." So Roberts hurried back to the hospital and saw his little niece, with a pale face, sedated and on a ventilator. His brother, Kaylee's father, was so scared and overwhelmed that he couldn't eat or drink. He was standing over her bed. "He was so weak, but he just wanted to stand over her," Roberts said.

Kaylee got gradually worse and worse. On December 31, New Year's Eve, there were about 30 friends and family members gathered in the hospital room when the doctor came in to deliver the news. "I'm sorry, but there's nothing else we can do. She's gone," her uncle remembers.

"We were all there when they took her off the machines," Roberts said. "I was trying to hold my brother up. He was breaking down because this was his baby. I was trying my hardest to stay strong and help him, but most of us just lost it."


Despite being considered by many people as a "mild illness," the flu kills every year more than 40,000 people only in the United States and more than 500,000 people worldwide.