After more than 30 years of prohibition, pit bulls could start walking again through the streets of the city of Denver, Colorado. The city councilman, Chris Herndon, has proposed the abolishment of the pit bull ownership ban in Denver and its county, substituting it by a licensing system. 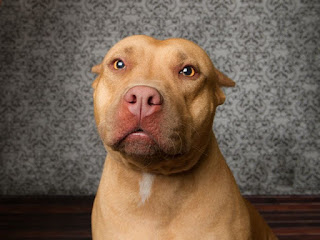 The ban on pit bull's ownership dates back to a law enacted in 1989, which also forbids the presence of pit bulls in the entire County of Denver. Herndon, elected to Denver City Council in May 2011, representing an area of northeast Denver, wants to change the current status of the famous dog breed in the county.

However, if Herndon's proposal turned out to be successful, the pit bull would be a highly regulated breed, requiring pit bull owners to get a "breed-restricted license." Applicants, according to the City Council, would provide the city with their address, two emergency contacts, a description of the pit bull, an annual fee, and a proof that the dog has a microchip and its rabies vaccination. Moreover, there would be a maximum limit of two pit bulls per household and if the dog escapes, bites or dies, the owner must communicate with the Denver Animal Protection (DAP) within eight hours after the occurrence of these particular cases. Also, if the owner moves, they have to notify this to the same agency.

But if a pit bull doesn't commit any of the stated violations within 36 months, this breed-restricted license could be replaced with the regular dog license that all dog owners are required to possess.

Under this proposal, the Denver Animal Protection agency would be the only one allowed to provide valid pit bull evaluations. Also, DAP would be able to transport, adopt and hold any pit bull, as well as inspect an owner's premises for "safety and health reasons."

If a pit bull owner does not apply for this special dog ownership license, they would face criminal and/or administrative penalties.