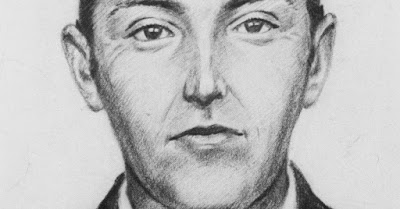 Today, we're going to tell the story of a particular criminal, Glen K. Tripp, who attempted to hijack an airplane in two different occasions, following in the footsteps of a previous hijacker who successfully managed to extort $200,000 during a flight in 1970 before parachuting to an uncertain fate. He adopted the pseudonym of D. B. Cooper.

As Cooper did ten years before, the 17-year-old Tripp boarded on a plane with a briefcase, which supposedly contained a bomb. It's important to highlight that at that time, airport security was much less strict than nowadays. He even took a plane of the same company as the one hijacked by Cooper and the flight path was practically the same, between the cities of Portland and Seattle but instead of landing in Seattle, Tripp's plane was to land on Portland, Oregon.

Once the plane took off, Tripp declared in mid-air that the briefcase that he had contained an explosive and he asked for a ransom of $600,000. The plane was forced to land and it stayed on the ground while the FBI agents were dealing with the young criminal. After 10 hours of negotiations, Tripp was extremely tired, partly because one of the flight attendants previously introduced in his drink some Valium pills, a famous tranquilizer used to treat anxiety disorders.

Eventually, Tripp lowered his demands to just three cheeseburgers and a rental car at the gateway. Obviously, the agents agreed and minutes later they arrested him.

As Tripp showed signs of mental illness, he was not sent to jail but instead, he was translated to a Village Home for the Developmentally Disabled in Washington State. All this happened in 1980.

But it didn't take long before Tripp was released, being forced to live in a house with an adult woman. However, Tripp's twisted reality never changed and in 1983, three years after his first hijacking attempt, he decided to try once again. He boarded on a plane, which interestingly was to fly from Seattle to Portland, the exact flight path he did in 1983. This time, he would carry a shoebox that Tripp used to scare the plane's crew by claiming to have introduced a bomb in it (it was false again, the box only contained scrumpled paper.)

In his second attempt, he did not ask for money though, but he demanded the plane's pilot to change the destination from Portland to Afghanistan, due to a series of political reasons that we are not going to detail in this article (we'll provide the link to the original article at the end of this entry.)

The pilot assented but he requested to land on San Diego for refueling, a petition Tripp accepted. Then, a series of events took place and the passengers of that plane managed to leave the aircraft and, once again, the FBI appeared on the scene. After two hours of negotiations with the officers, who actually believed Tripp had an explosive in his shoebox, one agent shot down the 20-year-old. He died after the first shot.

As we said before, if you want to read more about Tripp's story, you can visit the source link below.