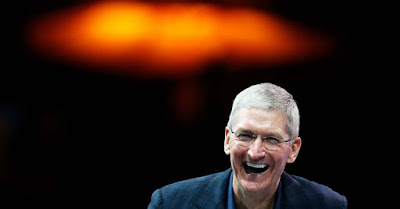 France has just filed a lawsuit against Apple because of a software update that slowed down the performance of old iPhone models, including the iPhone 6, SE and 7.

After French authorities opened an investigation for alleged obsolescence practices against Apple, a deal was reached between both parts. Now, the company headquartered in Cupertino, California is committed to paying a fine of 25 million euros (around 27 million dollars) for not having notified its customers of significant slowdown on their iPhones' software.

According to the French TV Channel, France 24, France's competition and fraud watchdog, DGCCRF considered that act a "deceptive commercial practice by default."

The DGCCRF communicated its discoveries and conclusions to the Public Prosecution Service in Paris, which eventually reached an agreement with Apple, which forces the multinational to pay a fine of 25 million euros and to publish a press release on its website for 30 days.

Once the agreement was reached, Apple moves a step forward and avoids this way a public trial that could seriously damage the company's reputation.

This investigation started on January 5, 2018, followed by a lawsuit filed by the French association "Halte à l'obsolescende programmée" (HOP) against Apple for intentionally slowing down the performance of old iPhone models, launched in 2014-2015.

This slowdown was not notified to iPhone users and Apple was forced to release a news entry in December 2017, in which the company admitted to having slowed down the functioning of some iPhone models as a way to compensate the deterioration of the batteries, which in many cases made the Iphones restart or shut down sporadically. However, this software update (iOS 10.2.1) also worsened the performance of the devices. For this reason, Apple was denounced, for knowingly slowing down their customer's smartphones.

After yesterday's agreement, the co-founders of HOP celebrate what they consider a "historic victory against shitty practices" and they also warned Apple by declaring the possibility of exposing complaints about additional damages to iPhone users.