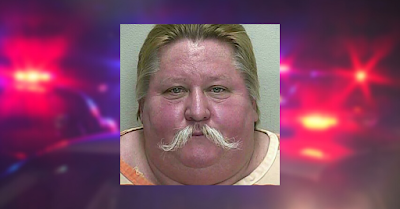 A drunk cowboy named Jake Williams, from Livingstone Parish, Louisiana was found riding a large horse on the highway after drinking some alcohol, being considerably intoxicated at the time police detained the man.

When the police asked Williams what was he doing on the highway, in a lethargic state and riding a horse, he responded, "Because the horse knows the way home."

When the effects of alcohol wore off, Williams told the officers that he was back in the day driving his truck and horse trailer when he stopped to rest and have some drinks at a daiquiri shop. When he left the shop, he opted to ride the horse to get back home.

"When you get a little too much to drink, why not ride a horse?" he told WBRZ reporter, "It's safer that way. The horse knows the way home."

Incredibly enough, Livingstone Parish Sheriff's Office was not able to arrest him, since riding a horse while being drunk does not constitute a DUI offense. Eventually, the police called a Williams' relative, who was ordered to take him and his horse back home.

During an interview with WBRZ, he said he learned a very good lesson after the incident and that he would never ride a horse while under the influence of alcohol in the future.