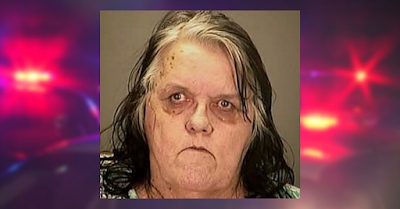 The Clay County Sheriff's Office in Florida has announced the arrest of Valerie Lee Prince, a first-grade teacher, on suspicion of attempting to buy the drug methamphetamine while she was at school.


According to the Sheriff's Office, Prince contacted an undercover DEA officer and asked him to get her an "eight ball" (1/8 ounce) of methamphetamine while she was working at Jacksonville Heights Elementary School.

Lieutenant Domenic Paniccia said: "The situation is disturbing. This is someone that was in charge of kids, first-grade kids, and it's something that was a priority to us."


Prince requested explicitly during the phone call the drug to be delivered in the school, according to Sergeant Vincent Hall. "We did not deliver the drugs to that school, but that brought us great concern," Hall said. "It was a pretty nonchalant request, and the indication was that it was no big deal to the suspect."

The police instead waited for Prince to finish her work at the school and meet up with her to sell her 3.5 g of the illegal substance. After she received the drug, she was arrested.

The teacher later admitted to having done the drug ten times in the last six months.

Prince was charged with possession of a Schedule II drug, in this case, methamphetamine.


"We've become aware that one of our teachers, Valerie Lee Prince, was recently arrested by the Clay County Sheriff's Office.

"The school district's office of professional standards will conduct an independent investigation. During the course of the investigation, Prince will be removed from the school. If she is able to return to work, she will be assigned duties that have no contact with children.