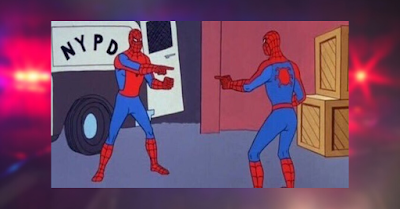 The odd events happened in 2017, on Andover Street, Detroit. Andover St., located on the city's east side, is a well-known spot for its continuing drug activity where buyers go to get their daily fix. Criminality in the neighborhood has increased significantly in the last years.

"Definitely a drug problem in our neighbor for years," said one resident, "But I don't think anyone can stop it."

So, taking into consideration the big drug problem in Andover St., police went to work hard to catch both dealers and buyers so that drug-related crimes in the neighborhood ceased. Perhaps, it would be appropriate to say that they tried "too hard."

According to different sources, this story began when a group of undercover police officers pretended to be drug dealers, waiting for drug users to approach and swallow the bait. But things wouldn't develop as officers thought. After some minutes waiting in the dark, a group of people seemed to approach the group of officers. But these weren't drug buyers, but actually police officers from the same department as the ones posing as drug dealers!

From then on, the story became more and more cringy. A homeowner, who witnessed the scene, saw the two sides fighting each other, throwing punches and even drawing their guns.

They were later notified about the real facts and the operation turned out to be an embarrassment for the local police department.

One Andover resident rightly said, "You've gotta have to have more communication, I guess."

After the incident, the Wayne County prosecutors office started to investigate the case to see if criminal charges would be filed. Nothing more is known related to this event since the story is nearly 3 years old.