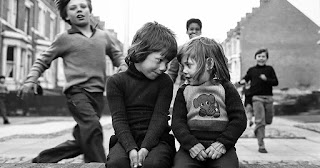 A study by the National Center for Homeless Education has just unveiled the results of its latest research, carried out between 2017 and 2018 in the United States. These results are shocking: 1.5 million people between the ages of 10 and 17 were homeless at the time the study was conducted.

Out of those, 7% reported living in abandoned cars or buildings, the study concluded. If we compare these results to the previous ones from 2004-2005, when the homeless U.S student population was at 680,000, we can see that the number has more than doubled during that timeframe, being the highest number in more than a decade.

Experts believe that this increasing number in homelessness is mainly linked to the national housing crisis. Increasing rents and housing shortage has forced thousands of people to live in caravans or on the streets. The U.S opioid epidemic seems to have played an important part in this crisis, as affected families break up and addicted youngsters are removed from their homes.

Most experts think that the solution basically lies in providing more housing at affordable rates, as well as providing support to families with problems of addictions or with any other mental disorders.