Man Hired A Hitman To Kill His Wife - Eventually, His Wife Ended Up Killing The Hitman With Her Bare Hands 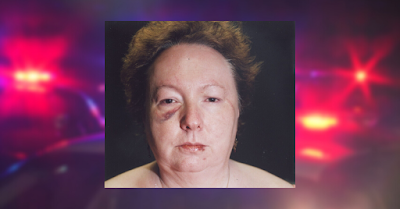 It was a vigorous autumn afternoon in Portland, Oregon, on the 6th of September, 2006. 51-year-old nurse, Susan Kuhnhausen had just ended her shift in the emergency room at Providence Hospital. She drove to her hairdresser to have her hair dyed. She was going through difficult times as her marriage was practically over. One hour later, at around 6:30 p.m., she arrived home, ready to relax and watch some tv after a hard day of work. As soon as he entered her house, she noticed that something was not right: the house was far darker than usual despite having opened the curtains that morning before going to work.

Minutes later, she felt the presence of a person from the shadows projected on the walls of her bedroom. Susan decided to go out to see what happened when a man with gloves, a long beard, and a baseball cap ran at her, wielding a claw hammer. The man smashed several times Susan's head using his hammer. By some miracle, Susan survived and managed to take the assaulter down. They both started fighting for the hammer on the floor.

Then Susan, who weighed more than the intruder, climbed on top of him and pin him to the ground. She placed the intruder into a chock-hold and yelled: "Tell me who sent you and I will call a f*cking ambulance!"


As Susan was getting no answer and the intruder was hardly trying to fight Susan off, she strengthened her hold until the man stopped moving. She had just killed him.

The man who had attacked Susan was later identified as Edward Haffey. Haffey was a drug addict and he worked for Susan's husband, Michael, at an adult video store.

When the police found in Haffey's backpack a piece of paper that read, "Call Mike. Get Letter" Michael became the main suspect and was soon arrested and, eventually, he was charged with conspiracy to commit murder.

Michael was sentenced to 10 years in prison as he pleaded guilty to all charges against him. However, Susan does not have to worry anymore: Michael died in 2014 in prison. After the news about his death, Susan claimed: "I don't mourn his passing. Instead, I mourn the life he could have had if only he could have opened his heart for those of us who cared about him."