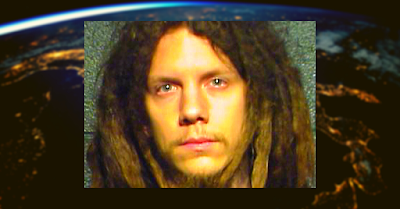 Jeremy Hammond, once the FBI's most wanted cybercriminal was arrested in 2012 and sentenced to one of the toughest penalties a US hacker has ever received: 10 years in prison. Paradoxically, the famous hacker got arrested after being hacked by the police, apparently due to a stupid mistake.

The young cybercriminal started to hack websites from an early age and during his twenties, he began hacking '.gov' sites owned by the US government.

He was eventually arrested after successfully getting into the U.S based security think tank Stratfor, utilized, among many others, by the U.S Department of Homeland Security and the Defense Department.

Hammond, along with a group of hackers who belonged to the decentralized hacktivist movement "Anonymous", began studying the codes of the site and after a few months, they managed to collect credit card data from most of the site's customers, including Northrop Grumman, the Marine Corps, and Time Warner Cable.

They would later use the data to donate money to non-lucrative organizations like the Red Cross.

After setting up other hacking activities and projects, Hammond finally took the bait and got caught. Three months after hacking Stratfor, a bunch of agents wearing bulletproof vests and assault riffles busted down his Chicago apartment's door and arrested Hammond and other friends who were inside the apartment at the time.

It was then unveiled that the FBI managed to catch Hammond with the help of a hacker named Hector Xavier Monsegur, who also assisted federals in other investigations which led to the arrests of 8 other hacktivists.

As of today, Hammond doesn't know exactly how the police were able to decrypt his Mac computer. However, he is almost 100% convinced that his password had something to do: 'It was very weak,' Hammond said to a reporter, regarding the password he used to encrypt his program.