The Sun's Diameter Is 400 Times Greater Than The Moon's, But Also The Sun is 400 Times Farther Away, Making Both Equal In Size 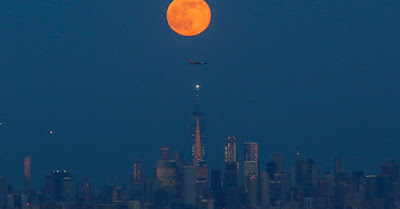 Have you ever wondered why the sun and moon's sizes are so similar as seen in the sky despite the fact that around 65 million moons can fit in the sun? How's that possible?

To explain this, we need to unveil one of the most fascinating facts and coincidences in the universe that very few people know. The sun, the star that radiates us every day has a diameter that is about 400 times the size of the moon's diameter. But also, it turns out that the distance from the Earth to the Sun is 400 times greater than the distance to the moon, making both have about the same size as seen from the Earth. What a coincidence, isn't it? What would be the odds of something like this to happen? Astronomers have found more than a thousand different planets from distant solar systems, but as of today, no planet-moon distance seems to follow this rule.

That's why we can enjoy perhaps the most photogenic eclipses out there. That's cool!

However, this won't last permanently. Like happens with all things in life, everything has an end. In about 600 million years, the distance between the Earth and the Moon would be larger, since the Moon is slowly moving away from us (at a rate of about 1.57 inches per year) and no eclipses would be able to form. But, come on, it is 600 million years. Who knows? Maybe the Earth gets extinct at the time being.