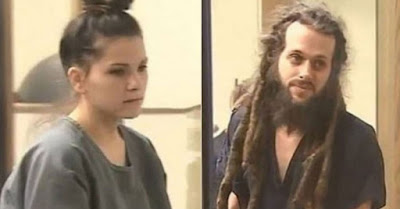 They were Ryan Patrick O'Leary and Sheila O'Leary, a young vegan couple who were sentenced to life in prison and charged with multiple crimes, including aggravated child abuse, aggravated manslaughter, child abuse, and child neglect by a jury in Lee County, Florida on December 2019.

When the 18-month-old was found dead he only weighed 17 pounds, according to authorities. A normal baby at that age should have weighed approximately 24 pounds.

The parents, who lived in Cape Coral, Florida, said to officers that they only ate raw fruit and vegetables, the same diet that all their children stuck to, from the moment they were born.

On the day of the tragedy, Sheila called 911 to report that her son was not breathing and he was extremely cold, police said.

According to Sky News, when paramedics arrived at the apartment there was nothing they could do to save his life.

But as we said earlier, this wasn't his only son. Unfortunately, the couple also had three other children, who the jury concluded that were also treated in a bad way, suffering from child abuse and extreme neglect.

Now all of their children are in the state custody, saved and away from their criminal parents.