Why dogs are so special? Science says love 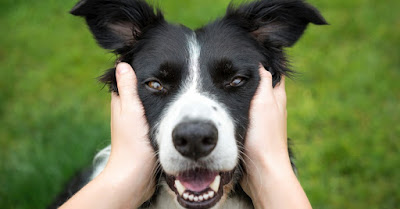 Do dogs really love us? This is a subject that has been studied by psychologists and scientists for the last decades. Now, one book seems to have found the answer to this question, claiming that our furry friends do indeed show love for people, a statement underpinned by scientific investigations.


The book, titled "Dogs Are Love: Why and How Your Dog Loves You," has been written by American animal psychologist Clive Wynne, founder of the Canine Science Collaboratory at Arizona University. In the book, the author expresses his conclusions and thoughts after two decades of dedicated study.


Wynne confesses that, in the beginning, he did not believe that it was possible to attribute complex emotions to dogs. However, the revival of canine science in the last twenty years, during which the image of the dog as an intelligent and loyal animal to humans has been enhanced, has encouraged many scientists to look more in deep into the behavior of this canines, something that had been done, with other species of animals like dolphins (their capacity for communication) or pigeons (able to identify different types of objects in 2D images) in the past.


Wynne argues that it is the 'hyper sociability' or "extreme gregariousness" of dogs the aspect which differentiates them from other animals. One of the most striking advances in this regard lies in a brain chemical called 'oxytocin', linked to feelings of love and well-being, which could also be responsible for dog-human relationships, according to new evidence. Wynne's study has even compared, from the biochemical perspective, the way humans and dogs see each other with the way a mother and a child do, finding incredibly remarkable coincidences.


Continue reading this story on Phys.org >>