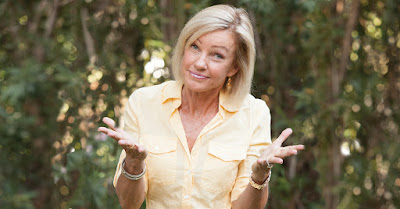 This is one of the most bizarre stories we've ever read on the internet. This is the story of how a woman won $1 million 'by mistake'.

The events took place in 2016, in Leicester, North Carolina. A woman named Glenda Blackwell was getting tired of the amount of money her husband was spending on lottery tickets, something that she found was a complete waste of money. Despite having discussed the topic several times, Glenda's husband continued buying more lottery, hoping to win some good cash one day.

One Saturday, Glenda went out shopping when her husband asked her to buy him some Powerball tickets. Instead of refusing to buy the tickets, she decided to take advantage of the situation by teaching her husband the ultimate lesson: 'buying lottery is a waste'.

So, she purchased one Carolina Millions scratch-off lottery ticket for $10 and drove back home. "I was going to be ugly and buy a scratch-off to show him they didn't hit," Blackwell told CNN. "Sometimes I get aggravated with him, so I tell him, 'You're just wasting money'."

Once at home, she proceeded to show her husband how, in a matter of seconds, she was going to lose ten bucks. She started scratching the ticket when the unbelievable happened: she had just won $1 million!

"I had to eat my words, but they were worth eating. So, I was very happy," Blackwell said.

Blackwell chose the lump sum option, giving her $415,503 after taxes. She said in that time that she was going to use the money to buy a new house, some lands, help out her daughter and put some money away for college for her two granddaughters.

It would be interesting to know what actually she has done with all that money since then. Who knows, maybe they have already spent it all.