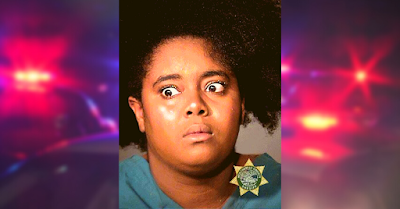 Jasmine Renee Campbell, 23, allegedly snatched a hijab, a kind of head covering worn in public by some Muslim women, from a 24-year-old Saudi Arabian college student at Portland State University on November 12 at a stop, the Multnomah County District Attorney's Office stated.

According to the victim, who was participating in an exchange program, and other witnesses, Campbell took the hijab from the student, proceeded to rub it against the woman's body and she even tried to choke her with the headscarf.

Now Campbell, whose location is unknown, faces two counts of bias crime, one count of attempted strangulation, one count of harassment, and one count of criminal mischief, authorities said.

When Campbell did not appear in court two weeks ago, a warrant was issued for her arrest.

The victim, whose name has not been revealed, no longer feels safe while wearing a hijab in public after the attack.

Zakir Khan, Oregon chair of the Council on American-Islamic Relations, spoke about this incident: "My heart goes out to the survivor here, who's been deeply traumatized. These situations lead to vicarious trauma in surrounding communities."