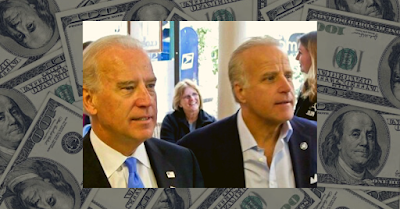 Just when everybody thought that Biden's son, Hunter, was the only relative of former Vicepresident Joe Biden who could possibly hurt his reputation in the upcoming presidential election, now it turns out Joe Biden's brother, James Biden, could have used his brother's political position and power for his own ventures, according to POLITICO.


POLITICO released on Monday an article which explained how James, Joe Biden's brother, allegedly took advantage of his brother's power as former vice-president to get loans for his most recent venture in the healthcare industry.

In 2017, James Biden became interested in joining an American healthcare company called Americore Health, which aimed to revitalize the rural healthcare system through the acquisition and management of rural hospitals across the United States. This company, unable to pay millions of dollars back, filed for bankruptcy in December last year.

Tom Pritchard, a former executive of the company in charge of the business' finances, said to POLITICO that James came into the company bragging about his brother's position and contacts with important investors that could help boost the company. James started to promise large investments from Middle Eastern investors. At first, Pritchard was surprised by James' ability for making business deals, managing to get a generous loan from Michael Lewitt's Hedge Fund, and getting the company in front of unions and powerful government figures. At that time, as Pritchard told POLITICO, the situation of the company was fragile but James' promises outweighed Pritchard's skepticism.


However, things started to turn bad when the promised cash from the Middle East was not arriving and James' participation in the company started to decrease significantly. A few months earlier, James Biden had obtained a six-figure personal loan from Americore's coffers, a loan that he has not paid back yet, while at the same time encouraging the company to increase the number of its financial liabilities. When the flow of cash into the company stopped, the company was left with nothing else than bills that they needed to pay back.

"It was all smoke and mirrors," Pritchard told POLITICO. When the company's financial problems were looming, James Biden began to distance himself from the company's activities in order not to harm his brother's reputation. But in January this year, the FBI found connections between Joe Biden's brother and the bankrupted company. Despite his efforts to avoid the controversy, James Biden is now completely involved in it.


The FBI now accuses James Biden of allegedly getting a six-figure loan from a bankrupted company that has not paid back up to this day.

As in the case with Hunter Biden in the Ukrainian Scandal, Biden's presidential campaign has said that Joe's brother has never discussed what was going on in Americore with the former vice-president nor he has ever conveyed him to get support for it.