China: "Fight against COVID-19 Shows The Supremacy of Our People" 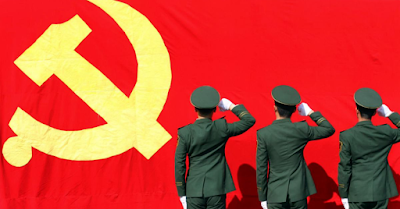 The latest studies suggest that doctors detected the first case of coronavirus in China in late November. It took the Asian Giant two months to officially announce the first cases in the country, precisely, on January 20th.


During these two months, Chinese government officials in the service of dictator Xi Jinping prohibited mass gatherings of people and ruthlessly arrested health professionals who tried to alarm residents of the existence of the virus in Wuhan, the epicenter of the coronavirus outbreak, which has already claimed the lives of more than 13,500 people in 188 different countries, as of March 22th.

Now, after the large-scale spread of COVID-19 to virtually all regions of the world, caused, for the most part, by the inability of Chinese authorities to contain the virus in the first few weeks, newspapers owned by the authoritarian Chinese government claim that the free flow of information, which is characteristic of Western countries, has greatly hampered the efforts of their respective governments to stop the advance of this pandemic while assuming no responsibility whatsoever for having facilitated the spread of the virus they themselves have created. The little responsibility that the Chinese government has acknowledged does not come from the central government in Beijing, but from the local authorities in Hubei, the region where Wuhan is located, many of whom have already lost their jobs and have been replaced by workers loyal to Xi Jinping.


China's Global Times has also accused Western civilizations, such as the UK or the US, of allowing the virus to spread freely among residents to create a "herd immunity".

"Many Chinese internet users were shocked at the inaction and ineptness of those governments for apparently adopting a policy of 'total surrender' to the virus without regard for human life," said the Global Times. "Meanwhile, Chinese experts pointed out the hypocrisy of those Western countries that often accuse China of violating fundamental human rights. Perhaps the British government believed that this was a responsible approach so that people would not have to pay so many taxes and the national health service would not collapse, but from a Chinese perspective, this is totally inhumane," one of the articles published in the Global Times reported.

"So, they found that China, which is a socialist country always criticized by the West, is giving more priority to saving human lives, even if the country's economy is damaged, while Western nations only care about protecting economic interests and stock markets, instead of worrying first about the health of their peoples.

Another article published by the Global Times said that China's "success" in controlling and containing what is now a global pandemic shows, on the one hand, the supremacy of its people and its communist system of government and, on the other hand, the catastrophic failure of Western societies that are struggling to stop the spread of the Wuhan virus.

The Chinese newspaper Global Times, a part of the propaganda machine of the Chinese dictatorial and communist government, reported:

"To win votes, politicians have to please the powers that control both the capital and the public. Therefore, the West cannot have a government that is as powerful as China's," the newspaper argued. "Under the Western governance systems, China's way to tackle the virus can't be copied by the West. Another problem is that the central government in the West has no hard binding force on local officials. Even if a central government takes measures, it cannot hold local officials accountable if they do not cooperate.


Two weeks ago, dictator Xi Jinping visited the epicenter of the outbreak, the Hubei region, surrounded by heavily armed bodyguards and soldiers who managed to oppress and prevent those who dare to protest of the late and inept action of the Chinese government that, as we said before, waited two months to activate the nationwide state of emergency, despite the gravity of the situation.