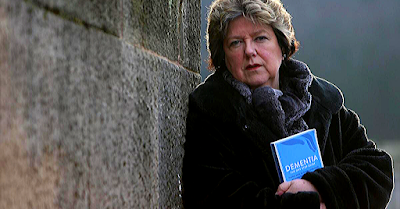 Professor June Andrews, a former Scottish government official who claims on her personal website to have " revolutionized dementia care in the UK," has come under heavy criticism this month in her country over unwise statements made during an appearance in front of members of Holyrood's public audit committee, in which she blamed politicians for leaving elderly people in hospital beds because of a lack of resources for health services and staff to look after them.


"If you're on the board of a care home company, a pandemic is one of the things you think about as potential damage to your business because of the number of older people it's going to take out of the system," Andrews said.

After these words, Andrews dropped the bombshell that she will probably regret for the rest of his life:

"Curiously, ripping off the sticking plaster, in a hospital that has 92 delayed discharges, a pandemic would be very useful because your hospital would work because these people would be taken out of the system," she coldly stated.

It didn't take long for these controversial statements to make headlines in the English newspapers, at a time when the number of coronavirus cases was only 116, with only one death in the UK, that of a 70-year-old woman (I say "only" because the situation in the country today is very different.)

Her words also became the focus of criticism from countless users on Twitter:

"Professor June Andrews will be elderly herself one day (if she's lucky.) I wonder if she'll have the same opinion then?" tweeted Jacki Killick, a user of the already mentioned social network.

"Absolutely vile comment a so-called Professor June Andrews. Would she feel like that if it was her relatives in hospital and died from it?" typed another user.


On this issue, the British authorities have repeatedly advised the elderly and people with pre-existing health problems to avoid leaving their homes if feasible and, if not, to try to get as far away from the crowds as possible, in order to reduce the chances of infection.

Earlier today, British Prime Minister Boris Johnson called an emergency meeting so that effective measures could be found to slow down and contain the rapid spread of the virus.

One of these measures will be the immediate closure of leisure facilities, bars, clubs and gyms across London. Despite these new rules, shops will remain open -- for the time being -- and people will not be forced to remain confined to their homes as other countries not far away have already done, such as Italy -- whose death toll already exceeds that of China -- or Spain. It is expected that France will end up taking the same path as the previously mentioned nations.

Most bed blockers are older people who live alone and have had a fall and broken a limb. These people need home care but there isn't the resources available to help them.

What vile disgusting thing to say..let's hope it's not one of her family eh...