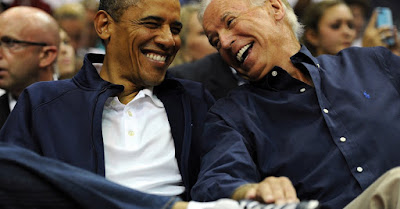 The Obama administration repeatedly proposed cuts of millions of dollars in funding for the Centers for Disease Control and Prevention (CDC), as outlined in annual budget requests, which is ironic given the recent attacks by former Vice President Joe Biden on the Trump administration's response to the pandemic.


A significant number of Democrats, including Democratic candidate for the 2020 presidential election, Joe Biden, have made false accusations against the White House, claiming that Trump significantly reduced the CDC's budget, and in particular, Biden has proposed that he would never do such cuts. The Associated Press, however, has noted the falsity of these claims, noting that the CDC budget has in fact increased during the three years of Trump administration, in large part because Congress insisted on maintaining funding levels for both the CDC and the National Institutes of Health (NIH).

On March 1, Biden stated during an interview with ABC News: "They [the Trump admin] have cut the funding for CDC. A few days later, Biden wrote on his personal Twitter account: "Donald Trump's careless, shortsighted actions left our nation ill-prepared and now Americans are paying the price."

These cuts proposed by the incumbent administration also included money for The Prevention and Public Health Fund, which was established under the Patient Protection and Affordable Care Act of 2010 to improve the nation's health-care system.

Some of the cuts proposed by the Obama administration were specifically targeted to CDC's preparedness initiatives.

"Now, President Obama's 2012 budget calls for paring some of that spending. Funding for a public health emergency preparedness program run by the Centers for Disease Control and Prevention was cut by about $72 million below fiscal 2010 levels in the budget proposal.

But that's not the end of the story. The cuts were intensified over the years. According to an entry published by the Center For Infectious Disease Research And Policy in 2013, "The US Centers for Disease Control and Prevention (CDC) took a hit of about $270 million in the Obama administration's proposed fiscal year 2014 budget, including significant cuts to biodefense and emergency preparedness programs.

It's hard to believe this has to be said, but if I'm elected president, I will always lead the way with science. I will listen to the experts and heed their advice. I will do the opposite of what we’re seeing Donald Trump do every day.
— Joe Biden (@JoeBiden) March 26, 2020

Then, in 2015, Obama did it again, calling for more cuts in CDC funding amidst a measles outbreak - and, moreover, statements by then-White House Press Secretary, Josh Earnest, that ObamaCare would eventually solve the problem, were labeled as "false" by The Washington Post's fact-checker.


How much more does Joe Biden have to hide? Eventually, time after time, the truth will come out.