Sanders On Castro's Regime: "People Were Lining Up For Food. That's A Good Thing!" 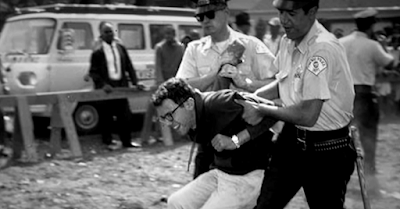 Sen. Bernie Sanders (D-VT) said on Monday during a Fox News interview that he does not regret exalting the figure of the deceased revolutionist and dictator Fidel Castro.


Fox News presenter Bret Baier asked the democrat candidate for the presidency whether he regretted praising the "literacy program" of Castro's regime, a claim he made in an interview on 60 Minutes. Sanders, who had lots of positive things to say about communism in places like Cuba, Nicaragua or Honduras, gave Baier a short but unequivocal response: "No regrets."

"It's unfair to say everything was bad. You know, when Fidel came into Office, you know what he did? He had a massive literacy program. Is that a bad thing, even though Fidel Castro did it?" said Sanders to 60 Minutes host Anderson Cooper.


What we know for sure is that all of those statements did hurt him. And a lot. After Super Tuesday, Sanders lost his leading position in the Democratic primaries after winning just 4 out of the 14 states at stake that day. The winner of the night was, without a doubt, Joe Biden, who won in the other 10 states.

Yesterday, on "Mini Super Tuesday," when 6 states were at stake, Biden strengthened his leading position by winning in Michigan, Missouri, Mississippi, and Idaho (two other states, Washington and North Dakota are still too early to call.) Biden's winning streak has made many news sites claim "Sanders is all but gone."

But, why exactly Sanders' communist misadventures still matter? Well, he is running for being the president of the United States of America and we should ask ourselves: Can Americans elect as president of their homeland a person to whom we can attribute the following quotes?


"You know, it's funny, sometimes American journalists talk about how bad a country is because 'people are lining up for food.' That's a good thing," said Sanders during an interview in the 1980s regarding the Cuban political system.

"The distribution of wealth in this country is one of the most unfair and distorted in the entire world," claimed Sanders about the American capitalist economic system.

This is the real Bernie Sanders and it is obvious that democrats in this country do not want a person like Sanders to take them out of their comfort zone. That is why Sanders is loosing in all of these important states and Joe Biden is moving closer towards becoming the Democrat nominee, the person who will have to face President Trump in the 2020 Presidential Elections.