Scientists: China Is The Only One To Blame For This Pandemic 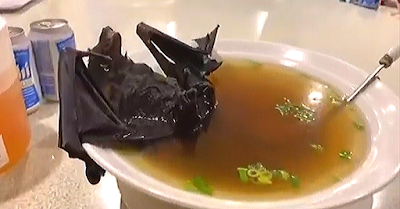 A study recently published by the University of Southampton, in England, has just concluded that the current coronavirus outbreak that is affecting considerably almost all the countries of the planet could have been avoided if the Chinese communist government had acted more quickly.


The study, conducted by biomedical researchers at the University Hospital Medical School in Southampton, was based on a specific demographic sample called "WorldPop," from which the different models used to carry out the study were designed.

The researchers concluded that "if interventions in China to stop the virus had been carried out one, two, three weeks earlier, the number of infected cases could have been reduced by 66%, 86% and 95%, respectively, and therefore the spread of the virus to other countries would have had a much smaller impact.

To recall a bit the dates when the Western media started reporting the "first cases" of infected people in the Asian Giant, it is enough to collect some fragments of past articles published by different news sites.

The first case of someone suffering from Covid-19 can be traced back to 17 November, according to media reports on unpublished Chinese government data.

The report, in the South China Morning Post, said Chinese authorities had identified at least 266 people who contracted the virus last year and who came under medical surveillance, and the earliest case was 17 November - weeks before authorities announced the emergence of the new virus.

The Chinese government was widely criticized over attempts to cover up the outbreak in the early weeks, including crackdowns on doctors who tried to warn colleagues about a new Sars-like virus that was emerging in the city of Wuhan in Hubei province.


It is important to note that there is some divergence as to the date on which the first cases of coronavirus began to emerge in China, with some news portals pointing to the appearance of the first cases in the city of Wuhan in early December, two weeks before Christmas.

This is the case of the Wall Street Journal, which reported:

When doctors did finally establish the Hua'nan link in late December, they quarantined Ms. Wei and others like her and raised the alarm to their superiors. But they were prevented by Chinese authorities from alerting their peers, let alone the public.

One of the first doctors to alert Chinese authorities was criticized for "spreading rumors" after sharing with a former medical-school classmate a test result showing a patient had a coronavirus. Another doctor had to write a self-criticism letter saying his warnings "had a negative impact."

Even after Chinese President Xi Jinping personally ordered officials to control the outbreak on Jan. 7, authorities kept denying it could spread between humans-something doctors had known was happening since late December-and went ahead with a Chinese Lunar New Year banquet involving tens of thousands of families in Wuhan.


And, when did China decide to quarantine the entire population of the great city of Wuhan? On January 23, 2020, more than two months after the first cases of infected people appeared in the country, according to The Guardian.


On the other hand, the website Axios explained through a series of articles how the dictatorial government of Xi Jinping mercilessly applied censorship against those who tried to spread the reality of the virus situation in Wuhan at that time to the world. It was the case of a Wuhan doctor, Ai Fen, who was severely punished and dismissed from his post for his acts of good faith.

In recent days, the media have also reported the mysterious disappearance of a well-known Chinese tycoon, Ren Zhiqiang, after criticizing the Chinese president's measures to fight against the coronavirus, calling the dictator, among other things, "a clown who insists on remaining an emperor".