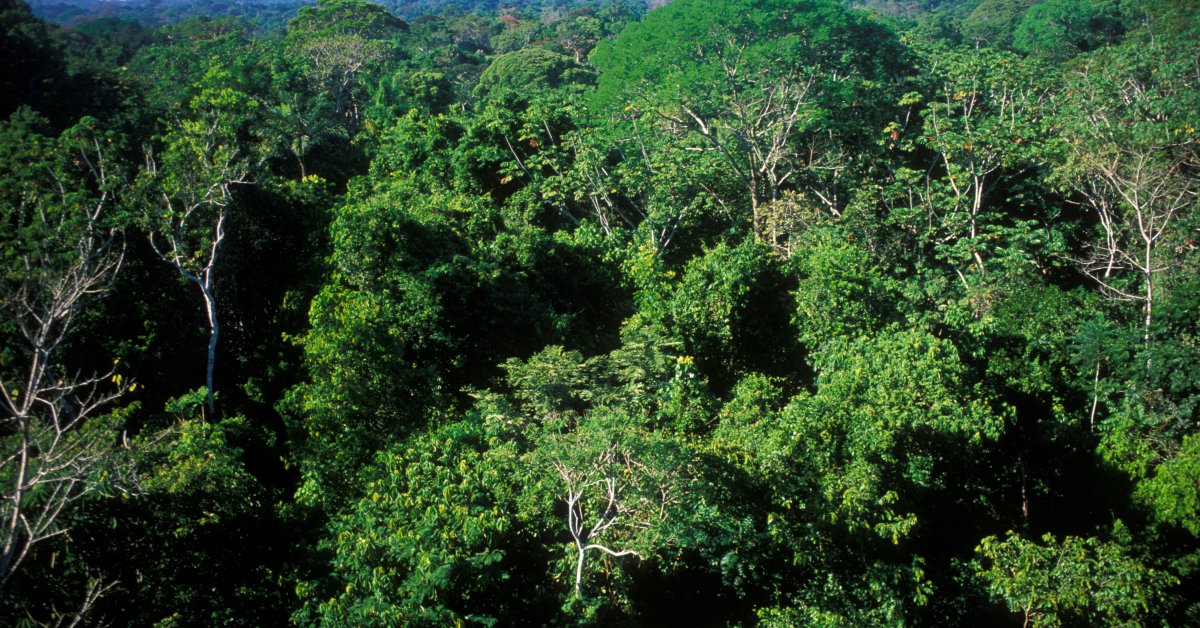 The capacity of tropical forests to remove human-generated carbon dioxide (CO2) from the atmosphere is diminishing. A study of hundreds of thousands of trees in the Amazon and Central African jungles shows that the amount of gas retained by their trunks, branches, and leaves as organic carbon is decreasing. This does not only mean that there are fewer specimens due to deforestation but also that those that remain grow faster and bigger because there is more CO2, but they are also more exposed to the increase in temperature and drought, dying sooner.

Along with the oceans, the planet's forests are key players in the carbon cycle. Because of their size, their luxuriance and their higher growth rate, tropical forests are the ones that remove the most carbon dioxide. Their trees incorporate it through photosynthesis, absorbing the carbon as biomass. And it stays there as long as the tree lives. Scientists hoped that this fertilizing effect would help combat climate change caused by the excess of the same gas. In fact, several studies had already shown that plants have accelerated their photosynthesis. However, it seems that they can no longer do so.


"All climate models suggested that plants would continue to take up more CO2 for several decades," says York University researcher and study co-author Aida Cuní. "The rate of photosynthesis is faster but it has a physiological limit and this limit is the one we are exceeding. In the Amazon jungle, it was reached 15 years ago, and in the African jungle we reached it in 2012, she adds.

For years, Cuní has been traveling to the most isolated jungles on the African continent to measure how its trees are growing. From time to time they calibrate the diameter of the tree trunks and put a label on them. Then they return to check how much they have grown. Other researchers are doing the same thing at 250 other points in the African forests, from The Gambia on the west coast to Tanzania, looking at the Indian Ocean. And, as part of another project, it has also been done at 321 points in the Amazon rainforest. In total, they have been following the growth, life and also the death of more than 300,000 trees since the 1960s, all coming from forests that have escaped from human logging. What they have done is to extrapolate their data to the whole of the two regions to know how much carbon dioxide they are hosting and how much they have stopped hosting.


The work, published in the journal Nature, shows that the Amazon and Central African forests reached their capacity peak as carbon sinks in the 1990s. The former captured one ton of carbon per hectare per year, while the latter reached 0.66 tons. Now, in the Amazon, they only remove between 0.2 and 0.3 tons per hectare per year, while in African forests they still exceed 0.6. By the 2030s, the study suggests that African forest regions will have their carbon removal capacity reduced by 14%. On the other side of the Atlantic, Amazon trees will reach saturation, unable to remove more CO2 than they emit.

In absolute terms, in the 1990s, the still intact rainforests removed some 46 billion tons of CO2 from the atmosphere, which was reduced to just 25 billion in the past decade. The difference is equivalent to a decade's worth of fossil fuel emissions from the United Kingdom, Germany, France, and Canada combined. In total, these ancient forests captured 17% of all anthropogenic carbon dioxide emissions in the 1990s and now they account for just 6%.

"Tropical forests are still net carbon sinks because the positive effect of CO2 as a fertilizer outweighs the negative effects of rising temperatures and reduced precipitation. However, this capacity is being reduced because the balance between those effects is changing," explains Wannes Hubau, a researcher at the Royal Museum of Central Africa (in Belgium) and the study's lead author. Hubau also warns: "Our model of these factors shows a future decline of the African sink while the Amazon sink will continue to weaken rapidly, predicting that it will become a source of carbon by the mid-2030s, decades earlier than climate models had predicted years ago.


Increased tree mortality could explain, in part, the change in trend. Although more studies are needed, the increased availability of carbon dioxide would be accelerating the life cycle of the tree and, therefore, the time of its death and the return of the carbon it contained in the wood to the atmosphere.