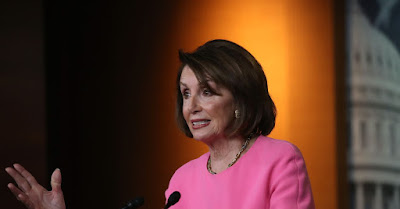 On Wednesday evening, President Trump announced that his administration is banning all travel coming from European countries to the United States in an attempt to help stop the spread of coronavirus throughout the country.


This new measure, supported by epidemiologists at Centers for Disease Control (CDC), will start being implemented on Friday midnight and it will continue for the next 30 days. This decision will stop foreigners who had been at any point during the last 14 days in Europe to land on American soil.

The new rules come after the rapid increase in the number of coronavirus cases in the country, totaling 1,336 cases and 38 deaths as of Thursday, 12 March. Despite the alarming situation in countries like Italy, Spain, Germany or France, flights from these countries have continued landing at American airports as usual. A few weeks ago, Trump announced a ban on residents coming from China and Iran to enter the country, which helped slow down the spread of this infectious disease, as Dr. Anthony Fauci, Director of the National Institute of Allergy and Infectious Diseases, publicly said.


But not everybody is happy about this new measure. After days of criticizing and calling into question how Trump's administration was managing the coronavirus issue in the country, Democrats are now trying to pull down Trump's ability to issue travel bans, according to Breitbart News.

220 Democratic Representatives have already signed a "No Ban Act" to stop Trump from being able to enact travel bans. This Act will allow people from high-risk countries like China, Iran or Italy to continue entering the country.

In Italy, the number of coronavirus cases is exponentially increasing, with over 12,000 cases and 827 deaths officially registered as of Thursday. Business activity in the territory has come to a landstill, businesses and schools have completely shut down their operations --food shops and pharmacies will continue to operate as usual though-- as the corona death toll has jumped 30% in the last 24 hours. Spain, according to experts' predictions, is expected to follow the same trend as Italy in the upcoming days, and France is not very far from this same situation.

Here is the transcript of Trump's speech to the Nation on Wednesday evening:


“To keep new cases from entering our shores, we will be suspending all travel from Europe to the United States for the next 30 days. The new rules will go into effect Friday at midnight. These restrictions will be adjusted subject to conditions on the ground. There will be exemptions for Americans who have undergone appropriate screenings, and these prohibitions will not only apply to the tremendous amount of trade and cargo, but various other things as we get approval. Anything coming from Europe to the United States is what we are discussing. These restrictions will also not apply to the United Kingdom.”