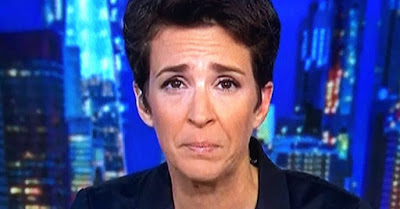 MSNBC anchor Chris Hayes, along with his partner Rachel Maddow, have joined forces to launch an initiative that aims to get all television networks in this country to start censoring the daily press briefings from the White House that President Donald Trump and his COVID-19 Task Force Team perform, referring to these appearances as 'propaganda sessions', which from Hayes' and Maddow's point of view, are used by the president to spread false information and lies to the entire population.


The host of All In said this Monday night during the broadcast of his show:


"As dead bodies are being loaded into morgue trucks in New York City because the city is running out of space and hospitals, the president, in a new low even for him, was bragging this weekend and at the press conference what good TV ratings he's getting."

Following these words in which he strongly criticizes the president, Hayes welcomed Democratic Senator Chris Murphy (S-CT) to his show to discuss these live briefings and the coronavirus situation in the entire nation:


"Senator, I think that regular information in times of crisis from the government on, sort of, science and facts and policy are essential, but I personally can't help but feel these daily sessions are bad for the country, even dangerous from a public health perspective."

Murphy nodded to Hayes' words, then gave his opinion on the subject, differing not very much from what other Democrats have been saying in the last couple of days. "The lack of leadership from the White House is pretty harrowing," the senator said.


The first to join the list of media sites refusing to air the official White House briefings on the coronavirus was CNN, which has already stopped broadcasting these conferences, strongly criticizing the appearance of MyPillow CEO Mike Lindell, who stepped up to the podium to announce his company's initiative to produce 50,000 masks a day, something quite positive, there is no doubt about it.

However, the mainstream media criticized and even parodied Lindell's statements, especially when he went off-script and he started advising people to read the Bible and have faith in God.


"It's obviously above my pay grade, I don't make the call about whether we take them or not, but it seems crazy to me that everyone is still taking them when you got the MyPillow guy getting up there talking about reading the Bible," Hayes said.

As we said earlier, his network partner, Rachel Maddow, also criticized the president, saying that the live briefings are purely tools for spreading "misinformation" about the pandemic.


"If it were up to me, and it's not, I would stop putting those briefings on live TV," she said. "Not out of spite, but because it's misinformation. If the president does end up saying anything true, you can run it as tape. But if he keeps lying like he has been every day on stuff this important, all of us should stop broadcasting it. Honestly, it's going to cost lives."