NYC to Provide 500,000 Free Meals to Muslims during Ramadan 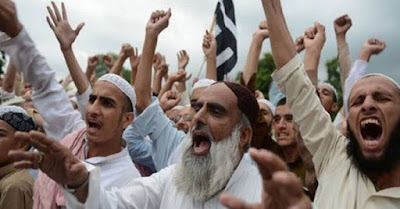 New York City plans to distribute 400,000 halaal meals through 32 Department of Education centers in areas where the Muslim population is considerable, according to Breitbart news site.


Another 100,000 meals will be distributed through various partnerships with organizations that ensure the protection and safety of these communities, such as soup kitchens or food banks.

This plan was announced Thursday by City Mayor Bill de Blasio, who said:

"One of Ramadan's most noble callings is to feed the hungry. And it's a crucial part of how the holiday is celebrated, to remember to be there for those in need," de Blasio said during his press appearance.

He added: "Obviously, people can't go to their flies. In fact, mosques have often been a place that those who were hungry, those who were poor, would know they could go during Ramadan to break the fast. They knew there would always be a meal there for them. This season would be no exception. So we want to, the city of New York wants to, support this community as we're supporting all communities."


"We want to respect all the people, all the faiths of New York City," he said. "This is part of what makes New York so great - that we have that mutual respect."

De Blasio also made it clear that food will be available to "any New Yorker," promising that "no New Yorker will go hungry."

The Muslim celebration Ramadan began on Thursday and ends on May 23rd.