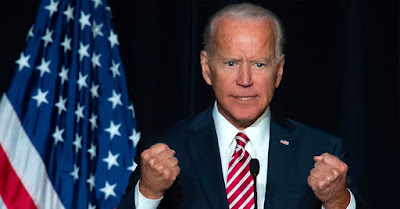 More and more details are being released regarding Tara Reade's sexual assault allegation against her former boss, former Vice President Joe Biden. Now many people close to Reade are breaking their silence to corroborate her chilling story.


Reade worked for Joe Biden when he was a Senator, and she made headlines in the media recently (not in the mainstream media, of course) after accusing Biden of pushing her against the wall, kissing her, touching her and penetrating her with his fingers without her consent in 1993.

Biden has yet to say a word on this subject. It was his campaign spokesperson who had to publicly deny the incident, but the truth is that there are already several people who corroborate Tara Reade's story: her mother, her brother, her former neighbor, a close friend, and a former co-worker.

The first person to corroborate Reade's story was her own mother, who did so the same year the incident occurred. It was on "Larry King Live" that her mother intervened via telephone to report what had happened to her own daughter.

"I'm wondering what a staffer would do besides go to the press in Washington? My daughter has just left there, after working for a prominent senator, and could not get through with her problems at all, and the only thing she could have done was go to the press, and she chose not to do it out of respect for him," a woman from Reade's hometown told King. Later, Reade confirmed to the media that it was his own mother.

Then we have his brother, who said during an interview with The Intercept that his sister, Reade, had told him about the incident around the same time - we're talking about 1993, long before Joe Biden announced his candidacy for the presidency, and long before he became Obama's right-hand man, of course. His brother added that his mother encouraged Reade to report it to the police, but she decided not to.


The family's neighbor has also decided to publicly share everything she witnessed in the weeks following the incident. Her name is Lynda LaCasse and this is what she said during an interview with Business Insider:

"This happened, and I know it did because I remember talking about it," LaCasse, a democrat supporter, told Business Insider.

"I remember her saying, here was this person that she was working for and she idolized him," added LaCasse.

"And he kind of put her up against a wall. And he put his hand up her skirt and he put his fingers inside her. She felt like she was assaulted, and she really didn't feel there was anything she could do.

It should be noted that LaCasse has always been an ardent Democratic voter, as she personally told Business Insider.

One of Reade's closest friends, who wanted to remain anonymous, also confirmed to The Intercept that Reade had described the alleged sexual assault to her around the same time it occurred. The same outlet, The Intercept, also revealed to The Daily Caller that this friend was not LaCasse.


And, finally, we have the testimony of a former co-worker of Reade's, Lorraine Sanchez, who also provided details that corroborate Reade's version. Sanchez and Reade worked together in the office of a California state senator during the mid-1990s.

It was at that time that Reade told Sanchez what had happened with Biden. "She had been sexually harassed by her former boss while she was in D.C., and as a result of her voicing her concerns to her supervisors, she was let go, fired," Sanchez told Business Insider. Although she remembers that her former boss was Joe Biden she doesn't remember very well whether Reade mentioned his name during that conversation or not.