Trump Campaign Donating Meals to Hardest-Hit Hospitals Across The Nation 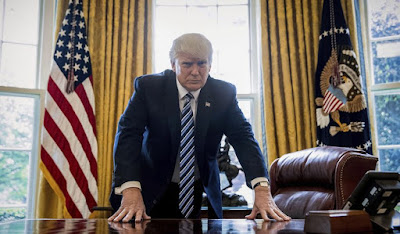 The Trump administration has been donating food supplies anonymously to hospitals around the country, especially those located in the hardest-hit areas by the COVID-19 pandemic, including the states of New York, New Jersey, Michigan, and Washington, according to the FOX News site.


Political reporter Brooke Singman, who works for the Fox News network, reported that President Donald Trump's re-election campaign has been delivering a flood of meal orders since last Thursday.

"They're doing it as a donor who cares," one source said. "So nothing politically is tied to it. ... We're just trying to, you know, show a thank you."

The president's campaign has been concerned in recent days about the situation in many hospitals, which are completely overwhelmed by new cases of coronavirus arriving every day.


Singman decided to publish a tweet on Thursday informing about the donations and support that the Trump administration is offering to all those who are really suffering the most serious consequences of this health crisis of unprecedented magnitude within the last 100 years.


In addition, the reporter said that Chit Chat Diner in Hackensack, N.J., was one of many locations that received food donations that came entirely from President Trump's campaign initiative, all of which, we highlight again, were completely anonymous until Thursday.

The same restaurant posted on its official Instagram account earlier this week: "An anonymous donation providing lunch to some hardworking staff at Hackensack Hospital this afternoon. We are so grateful," a publication accompanied by a photo showing a large number of ready-to-serve meals, mainly for the exhausted and sometimes coronavirus-exposed healthcare officials at Hackensack Hospital.


But Chit Chat in New Jersey wasn't the only restaurant to post the unexpected anonymous donations on social networks. Antonio's Trattoria, an Italian restaurant in the Bronx, also received earlier this week a significant amount of food ready to be sent to more than 100 patients at Lincoln Hospital, located in the same borough.

The donor, who refused to give his name and explicitly told FOX that he wanted his identity to remain anonymous, explained that the donation consisted of 20 penne vodkas, 20 pasta with tomato sauce, 30 chicken parmesan, and 30 house salads with grilled chicken.

Shortly after, a source revealed that the president's campaign was spending hundreds of thousands of dollars to provide meals to restaurants and bars, planning to increase the number of donations over the next few weeks.


On Wednesday, Trump encouraged Congress to modify tax laws to help small and medium-sized restaurants weather the crisis imposed by the coronavirus shutdown.

"Congress must pass the old, and very strongly proven, deductibility by businesses on restaurants and entertainment. This will bring restaurants, and everything related, back - and stronger than ever. Move quickly, they will all be saved!

Congress must pass the old, and very strongly proven, deductibility by businesses on restaurants and entertainment. This will bring restaurants, and everything related, back - and stronger than ever. Move quickly, they will all be saved!
— Donald J. Trump (@realDonaldTrump) April 1, 2020


The Hill website already reported that the tax reform law, pushed through by the Republican majority in the House of Representatives in 2017, "revoked a provision allowing corporations to make annual tax deductions for entertainment expenses and limited deductions that could be made for meals.