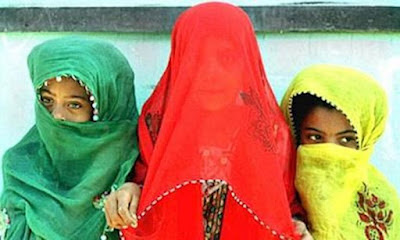 Iran's members of parliament have just passed a bill aimed at protecting children's rights, including a clause that would allow an adult male to marry his own adopted daughter as long as the latter is at least 13 years old.

The bill has caused a huge controversy in the Middle Eastern country. Iranian activists have already expressed their disapproval and warned of the danger of implementing such a law, which would allow any adult male to marry his adopted child if a court determines that it would not constitute any risk to the physical and/or moral integrity of the child.

Iran's Guardian Council, a body of religious and jurists that watches over and reviews the actions of the Iranian Parliament, ensuring that they comply with the principles set out in the constitution and in the so-called "Islamic Law" has yet to determine whether such legislation can be implemented following the guidelines set out therein.

To the surprise of world-leading organizations that fight to protect the rights and freedoms of children, such as UNICEF, girls in the Islamic Republic can, if they wish, marry as long as they have the expressed consent of their father and are at least 13 years old. Boys, on the other hand, can marry from the age of 15.

In Iran, a girl under the age of 13 could even marry with the permission of a judge. Until now, however, marriage with stepchildren was prohibited under these circumstances, something that may change in the coming weeks.

Shadi Sadr, a human rights lawyer working for the London-based group "Justice for Iran," told The Guardian that she feared the council would feel safe and determined to pass such legislation, especially at a time when the COVID-19 crisis is grabbing all media headlines and no one is paying attention to anything that has nothing to do with it.

"This bill is promoting pedophilia," the lawyer warned. "It's not part of the Iranian culture to marry your adopted child. Obviously, incest exists in Iran as it happens in other countries across the world, but this bill is legalizing pedophilia and is endangering our children and normalizing this crime in our own culture," added Sadr.

"You should not be able to marry your adopted children, period. If a father marries his adopted daughter who is a minor and has sex, that's called rape in any civilized country.

Some experts point out that this bill goes against the main values of the Quran, the sacred religious text of Islam, and therefore the Guardian Council won't accept its implementation in Iranian society.


However, it is important to take into account that a draft of this bill strictly allowing marriage with adopted children was not rejected by the Guardian Council and everyone now fears that the members of parliament have decided to go ahead with this new bill to satisfy the clergy and jurists of the Guardian Council.

The bill has sparked anger in Iran following the publication of an article in the reformist newspaper Shargh, which strongly criticized the content of the legislation, and its possible consequences.

"How can someone be looking after you and at the same time be your husband?" the article said.

Iran is a country that is seriously suffering the consequences of the coronavirus, with almost 100,000 positive cases reported --although this number is estimated to be much higher-- and 6,091 deaths, making it the ninth country with the highest number of cases if we limit ourselves to look at the official data issued by the country's authorities.