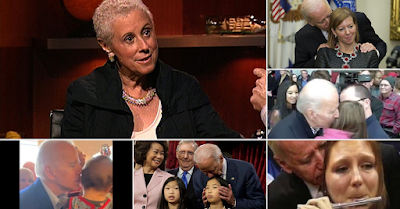 The logic of liberals and democrats in this country is becoming increasingly delusional, twisted, and meaningless. After the outbreak of the sex scandal of Tara Reade, who accused Joe Biden of sexually assaulting her in 1993 while she was working for the then-Senator of Delaware, the mainstream media and the Democrats opted to hide the news and remain in absolute silence, waiting for the case to pass into oblivion and for Americans to start worrying about other issues, thus saving the reputation of their presidential candidate Joe Biden.


However, in the last few days more and more people have decided to support Reade's version, providing first-hand testimonies, and the pressure on the media to report the case has increased rapidly to the point that they have had no choice but to start talking about this creepy subject, and even some left-wing news outlets have gone to the extreme of questioning Biden's innocence.

Faced with this new scenario, the Democrats and activists in the #MeToo movement have decided to move on to a new strategy. While they had until now limited themselves to categorically denying the guilt of the former vice president, they now try to play down the issue, some even admitting publicly that they believe Tara Reade but, even so, see no reason to withdraw their support for the Democratic candidate for president, trying to justify it in the most pathetic and disgusting way one could imagine.

That's the case with Linda Hirshman. Hirshman is an American lawyer, author, and one of the minds behind the #MeToo movement. She has written books such as "Reckoning: The Epic Battle Against Sexual Abuse and Harassment," "Victory: The Triumphant Gay Revolution," "Get to Work: A Manifesto For Women of the World," or "Hard Bargains: The Politics of Sex".

It seems ironic and contradictory that a person who has written so many books exposing harassment of women, gender inequality, and extolling the feminist revolution comes out to support Joe Biden while at the same time defending and believing his accuser Tara Reade.


But what could Hirshman's argument be to explain this senseless claim?

In an article written by Hirshman herself and published on the left-wing news site The New York Times, the author says, referring to the controversial accusation:


This is when Hirshman releases the bombshell:


So stop playing gotcha with the female supporters of Mr. Biden or the #MeToo movement, making them lie to the camera - or perhaps to themselves - about doubting her to justify their votes. I'll take one for the team. I believe Ms. Reade, and I'll vote for Mr. Biden this fall.


Honestly, I am impressed by this author's opinion. How can you be so cynical and such a hypocrite? Why does the media have to stop asking Democrats and members of the #MeToo Movement about this serious accusation of sexual harassment?

They're the ones who supposedly started the fight against abuse and harassment of women by powerful figures; they were the ones who first reported Supreme Court Justice Brett Kavanaugh. Why don't they treat Joe Biden the same way? And, of course, they must justify their vote, because many people fail to understand the level of hypocrisy and cynicism that the Democratic Party has reached.


If Joe Biden is not able to answer the journalists' questions about this case in a reasonable manner, I think he should leave the presidential race immediately and have the DNC choose a new candidate.

The falsehood and lies of the left in this country seem to know no limits anymore.