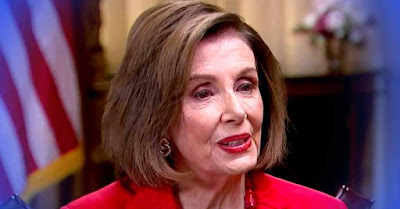 Nancy Pelosi's perseverance in trying to push her twisted ideologies is unstoppable. After weeks of attempting to hamper the Trump administration's efforts to push through aid packages for American businesses and workers hard hit by this coronavirus crisis, Pelosi now intends to include in the upcoming coronavirus bill a plan to fund abortions, something totally irrelevant that has nothing to do with the coronavirus crisis and that is supposed to help people cope with the devastating effects of this pandemic. This time, Pelosi and her team of seven House Democrats, which they call themselves the "coronavirus committee," are trying to send taxpayer money to several institutions --like Planned Parenthood-- that promote abortion. The Democrats justify that they are doing this to help Americans who are unemployed and in need of urgent health coverage, something that cannot be understood.


It is not surprising to say that Democrats, especially House Speaker Nancy Pelosi, are obsessed with promoting and facilitating abortions in the country, forcing millions of Americans to pay for killing babies, literally. Earlier this year, Pelosi even tried to add taxpayer funding of abortions to a package designed to relieve the burden of this crisis.

Now, this partisan committee, comprised entirely by Democrats as we said, is threatening the federal government to block any future initiatives to mitigate the outbreak of the pandemic in the country if a plan for funding abortion is not included.

On Sunday, the news outlet The Hill reported:


Republicans have expressed openness to a Democratic proposal to provide subsidies to help millions of people who are losing their jobs stay on their old employers' health insurance plans under the Consolidated Omnibus Budget Reconciliation Act, commonly known as COBRA, according to congressional aides and others familiar with the talks.
But Republicans say the new funding needs to include the Hyde Amendment or another restriction on federal money going toward health plans that cover abortion, an idea Democrats oppose.
Including protections for health coverage in the next coronavirus response package is gaining urgency given that a staggering 30 million people have filed for unemployment in the past six weeks, many of whom will also be losing their employer-based health insurance in the middle of a pandemic.
"The life issue is a huge holdup," said a Senate GOP aide. It's not clear that we can overcome that holdup since both sides feel dug in at this point.
Anti-abortion groups are also putting pressure on Congress. "It is definitely a priority," said Mallory Quigley, a spokeswoman for the anti-abortion group Susan B. Anthony List.


Clearly, Democrats are not willing to support the pro-life argument and would rather force millions of American citizens to pay for abortions.


When asked about this issue, a Democratic House representative said: "Now is no time for unrelated Republican ideological obsessions, trying to rewrite Americans' private health insurance plans to insert their anti-women agenda in the middle of a crisis.

Unrelated Republican ideological obsessions? What we're talking about here is how we can help those families who are suffering from this crisis and, of course, promoting and funding abortions is not going to help them at all. On the other hand, that obsession that the Democrats speak of in a pejorative tone is the obsession with "defending the right to life. If that worries Pelosi and her colleagues, we are facing a radicalization of the left in this country that has no precedent in history.

There are millions of Americans out there who don't want part of their taxes to be spent on the abortion cause, on killing babies, and of course, that's not a necessary response to this pandemic and should never be used as an argument to gain political support.