WATCH: Do Dems Want to Get Rid of Joe? DNC Comms. Director Suggests So 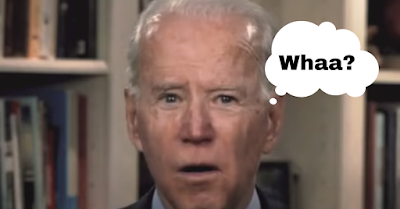 The Democratic National Committee (DNC) Communications Director Xochitl Hinojosa appeared Friday on Bill Hemmer's Fox News show to discuss certain issues, including the highly anticipated Democratic convention that no one knows when or how it will be held.  What no one expected was that Xochitl Hinojosa would question Joe Biden's nomination in front of millions of viewers.


Hemmer asked Hinojosa if it was possible that the Democratic convention would not be held or would be held virtually, something not unusual during this coronavirus health crisis. "There's a real possibility the convention does not happen or it happens in a virtual sense. Is that correct as of today?" Fox News anchor Bill Hemmer asked.

Read carefully the response from the DNC communications director: "First of all, our convention has to happen, because we are not officially nominating Joe Biden in order to take Donald Trump," Hinojosa replied. "So our convention is happening. There is some business that has to happen."

What exactly is Hinojosa hinting at? Could it be that Joe Biden will not finally be Donald J. Trump's opponent in a presidential election that is just around the corner?


What is becoming increasingly clear is that Joe Biden is not the "perfect" candidate that the Democrats would want for this election. Despite having won the Democratic primaries, his results in certain swing states, such as Nevada or Utah, were catastrophic; his media appearances only highlight his more-than-likely dementia, and the case of Tara Reade has severely damaged his image, and now everyone wonders what would have happened if Sanders had not dropped out of the primaries.

"If I am the nominee, which it looks like now you just made me, I am going to need you, not just to win the campaign, but to govern," Biden replied.

The DNC has been forced to postpone this year's Democratic convention to August when it should be held in July as usual. The explanation, of course, is due to COVID-19-related concerns. Just this week, the Rules and Bylaws Committee voted to "give the convention organizers in Milwaukee the authority to design an event that does not require the presence of the delegates in person during the time of this coronavirus crisis.


The plan, according to DNC Chair Tom Perez, ensures that "each of the delegates can perform their official duties without putting their health at risk - either by participating in person or through other means where social distancing is respected.

In the end, it is most likely that a "virtual" convention will be held.

In the meantime, we are waiting for Hinojosa to clarify for us better what exactly she meant by saying those words.