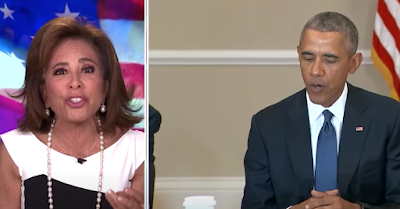 
The release this week of long-hidden transcripts fully exposes the left's attempt at a coup d'etat where a faction of the government tries to take down the leader of the country. The evidence shows former President Barack Obama and the Obama-Biden Administration were the hub of the bloodless coup.

Four spokes emanated from that hub, each with a man's name on it. Rod Rosenstein gave his friend, the appointed special counsel in the Russia investigation, the names of Michael Flynn, Paul Manafort, George Papadopoulos, and Carter Page. Each spoke was an effort to get that person to flip on the president. The primary objective, to reverse the election of 2016. The horror was not just in the treatment of those men, but the fact that Michael Flynn had already been ruled out as committing no crime and that no derogatory information against him was unearthed. But FBI Agent Peter Strzok couldn't have that. Flynn had to be destroyed.

We know from the text messages between him and his lover Lisa Page that POTUS, the President of the United States, then Obama "wants to know everything we are doing." In other words, Obama was keeping tabs on the investigation. So why? He was leaving the White House. Wasn't his term over? Yet the lies of these four men were ruined. Gen. Michael Flynn, a decorated war hero was railroaded by an arrogant FBI director James Comey who violated White House Protocol and Policy and that his deputy Andy McCabe told the 3-star general that he didn't need a lawyer when Flynn was actually a target.

Therein it had already been determined there was no need for an investigation of Gen. Flynn. The evidence that clearly suggests that they have tried to get Flynn to lie to prosecute him or get him fired was hidden or lost in the law firm of Flynn's first attorneys who kept trying to get him to plead guilty. The same law firm where Eric Holder, Obama's former legal counsel and former Attorney General from 2009 to 2015, was a partner. Those records finally released this week.


So why the Flynn hatred? Barack Obama had been touting the killing of that old geezer Osama Bin Laden and that Obama had him on the run. Flynn said the opposite. That Al-Qaeda was making in-roads in North Africa and training in the Middle East and that the Obama Administration actually fired him as the Director of Defense Intelligence Agency. Flynn also contradicted that Benghazi was a peaceful protest gone awry. Obama hated Flynn so much that he warned incoming President Trump of two dangerous men, Kim Jong-Un from North Korea and Gen. Michael Flynn. He was afraid of Flynn as Director of the Defense Intelligence Agency who knew where the bodies in the Obama-Brennan-Clapper Swamp were buried and who also would be streamlining those 17 intelligence agencies. And consider this: When Flynn was to be sentenced, Judge Emmitt Sullivan actually asked if Mueller ever contemplated charging Flynn with treason. Imagine the judge sentencing Flynn for lying to an FBI agent even when those FBI agents didn't think he lied, suggesting the prosecutor considered a death penalty eligible crime when Flynn was facing five years only.

But the most damaging evidence implicating Barack Obama is the reveal from the January 5, 2017 meeting in declassified FBI notes that Barack Obama met with James Comey and Deputy Attorney General Sally Yates just after Brennan and Clapper left the Oval Office. Obama stated in front of Yates and Comey that he learned of the information about Flynn in the conversation with Kislyak about sanctions. Clearly, the FBI coordinated very closely with Obama on the investigation of Michael Flynn. According to Andy McCarthy and the news outlet "National Review", Obama was surprised that Putin did not retaliate when he imposed sanctions on Russia. So Obama officials and the FBI collaborated to invent a Russia collusion narrative. Sally Yates says that in that meeting she recalls Comey previously mentioning the Logan Act.

Susan Rice was the national security advisor who would have been briefed by the FBI on the counter-intelligence and we assume that Obama knew but now we know he actually knew of the takedown by the corrupt and dirty FBI agents. Look, they lied to us. They did it on television, to the press, and under oath. Truth plays no part in the taking down of a legitimately-elected president. The "Star Chamber" in the sub-basement of the Capitol is just another place where lies were cultivated. These people lie wherever they go. All of them. Clapper not only lied when he testified about not spying on us, not wittingly. He lied about Russia. Susan Rice not only lied about Benghazi, Rwanda... she lied about Russia. Adam Schiff lied about having proof of the Russia collusion and lying to Congress. He had nothing on Russia and he fought hard to prevent us from getting any of this information, but that's because what they said under oath was totally different.