WATCH: Moore Says "The Only Way Trump Wins in 2020 Is If He Cheats" 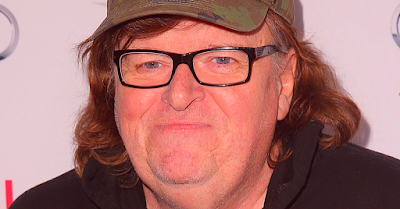 Filmmaker and director Michael Moore said on the show "Real Time With Bill Maher" Friday night that there is no way Trump will win the election again in November unless he “cheats."


Moore also stressed that Trump may be planning ways to increase his chances of winning against the man who seems to be his future rival, former Vice President Joe Biden.

Moore said of Trump's campaign, "The only way they are going to pull it off is if he's able to cancel the election or postpone it. That is what we're going to have to fight against because I'm certain that is what is going on in his head right now.

Also, Moore recalled that in 2016, Democratic candidate Hillary Clinton lost the election despite winning the popular vote by nearly 3 million votes, expressing his disagreement with the current U.S. electoral system.


HBO host Maher also suggested that this could be the main reason why Trump is so afraid of the absentee ballot because "he knows that the Republicans can never win this way."


In addition, Moore stated unequivocally that most Americans are Democrats, and that's why Trump needs a large number of citizens to stay at home and not vote on Election Day, Nov. 3.

Then, he added: "The only way Republicans can win, and this has been true for a few elections, is to cheat. Is to somehow game it, rig it, do whatever they need to do."

Although experts say there is a greater risk of massive fraud with mail-in voting, Democrats continue to push for its implementation. Just this week, the state of Michigan officially announced that 7.7 million absentee voting applications would be distributed to all registered voters across the state.


This, of course, outraged the President who threatened Michigan, as well as other states that promoted mail-in voting such as Nevada, to freeze the funds to those states.

It seems that the left in this country has not yet accepted its defeat in the 2016 general election. This is one of the main differences between Conservatives and Liberals in America. We will see what happens in the end, if the left manages to take advantage of the coronavirus crisis to implement a massive vote by mail system for the November election. Hopefully, this will not happen and Trump will do everything is in his hands to stop them.