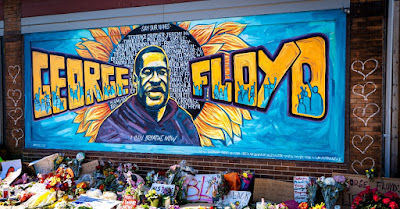 THE DAILY STAR
The results of the autopsy on George Floyd have just been released by Hennepin County and reveal that the African American citizen - whose death triggered the mass protests that are taking place across the whole country - died from a heart attack that was complicated by "subdual law enforcement".

The results also concluded that Floyd, who was 46 years old, was infected with the coronavirus, having tested positive for the contagious illness after his death.

The report states: “He died of cardiopulmonary arrest complicated by law enforcement subdual" which means that although the police officer's subduing was decisive, Floyd did not die, according to this report, due to a lack of oxygen or asphyxiation, which contradicts the results of the autopsy carried out by the forensic doctors Dr. Michael Baden and Dr. Allecia Wilson, hired by the family's legal team, who concluded that George Floyd died as a result of "neck and back compression that led to a lack of blood flow to the brain."

The results of this second autopsy were announced Monday afternoon by the lawyer representing Floyd’s family Ben Crump.

According to this independent report, the weight applied to the back of Floyd's neck also prevented him from breathing, causing him to die of "mechanical asphyxiation" very common in homicide cases.