WATCH: Chris Cuomo, "show me where it says that protests are supposed to be polite and peaceful" 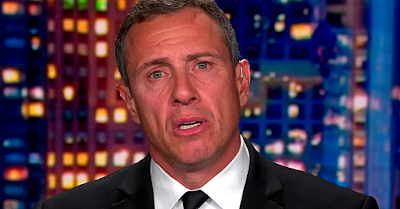 CNN anchor and brother of Gov. of New York Chris Cuomo has screwed it up again live. On Tuesday night, during the broadcast of his show, he declared that the protests surrounding the death of George Floyd do not necessarily have to be "peaceful" since throughout history many demonstrations in this country have led to riots.


"Please, show me where it says that protests are supposed to be polite and peaceful," he said. "Because I can show you that outraged citizens are what made the country what she is and led to any major milestone. To be honest, this is not a tranquil time."

The main cities of the United States have been suffering the ravages of increasingly violent demonstrations for almost a week now, which have already claimed the lives of a dozen innocent people, as well as promoting highly destructive behavior, with protesters burning down all kinds of buildings, disfiguring historical monuments, and looting both large and small businesses.


Cuomo (the host), who was in the spotlight of the controversy after breaking the quarantine, having previously tested positive for coronavirus, argued that people have focused too much on the violent protests and have forgotten the main reason they are being organized, which is the death of African American citizen G. Floyd, who died last week after a police officer named Derek Chauvin knelt on his neck for more than 8 minutes. It remains unclear whether Chauvin, who is already in a high-security prison in Arizona, did this in a premeditated manner or it was unintentional.


Yesterday, it was learned that the other three police officers who were at the scene of the incident, were also arrested and charged with aiding and abetting a murder.