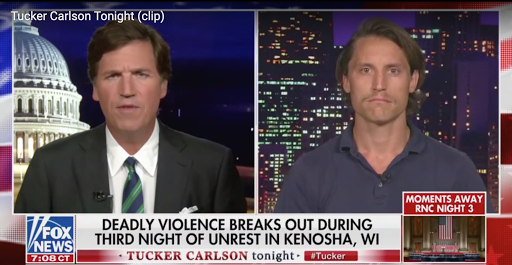 BPR: According to testimony from Richie McGinniss, a Daily Caller reporter who witnessed the shooting himself, the left-wing narrative surrounding Rittenhouse — that he’s a white supremacist terrorist who’d been out to stir trouble — is patently false.

Speaking late Wednesday on Fox News’ “Tucker Carlson Tonight,” McGinniss described how Rittenhouse, 17, told him he had shown up in Kenosha on Tuesday “to maintain peace in the absence of police” and protect business owners from seeing their livelihoods destroyed.

During the first two nights of riots in Kenosha, countless businesses were torched and livelihoods destroyed by the city’s Black Lives Matter-affiliated left-wing extremists.