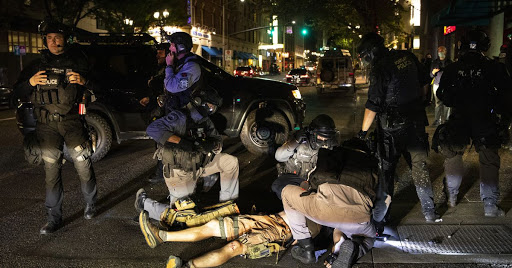 PJ MEDIA: In an exclusive interview with PJ Media, a black resident of downtown Portland gave an account of the deadly shooting on Saturday. He says the shooting of Jay Bishop, a member of Patriot Prayer, was not provoked by the pro-Trump rally—it happened two hours after the rally dispersed.

Gabe Johnson, who made national headlines in July for bringing an American flag to the riots in front of the Justice Center in downtown Portland, told PJ Media the shooting in Portland Saturday happened four blocks from his apartment building.