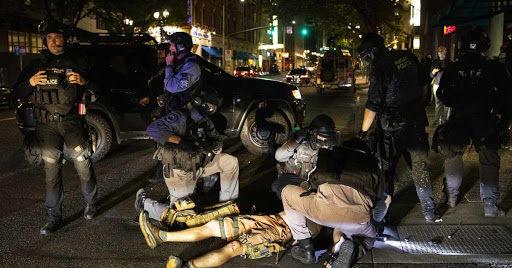 THE POST MILLENNIAL: The man being investigated by police in the fatal shooting of a Trump supporter in Portland identifies as Antifa and is an ardent Black Lives Matter supporter. Michael Forest Reinoehl was previously arrested at an Antifa riot in July and charged with illegally possessing a loaded firearm and other crimes. He was let go and the charges were never pursued. He allegedly went on to kill Aaron "Jay" Danielson on Saturday night in downtown Portland.