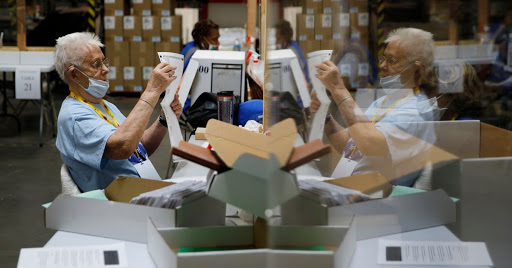 BREITBART: Judge Ian Thornhill’s ruling prompted election officials to resend applications to thousands of voters due to issues with the originals, according to CBS 46.

The judge sided with the Trump campaign and the Republican Party, which filed a lawsuit this month seeking to discard the absentee ballot request forms. The Trump campaign argued the forms should have been blank except for the election date and type, per the Iowa secretary of state’s directions. Local officials in Linn County, which is home to Cedar Rapids, ignored those directions and sent out the applications with more information anyway.

Thornhill’s temporary injunction ordered Linn County Auditor Joel Miller, a Democrat, to notify voters that the forms should not have been pre-filled with their information and therefore could not be processed, according to NBC News.

Voters would need to fill out a new request for an absentee ballot or vote on Election Day, the report stated.